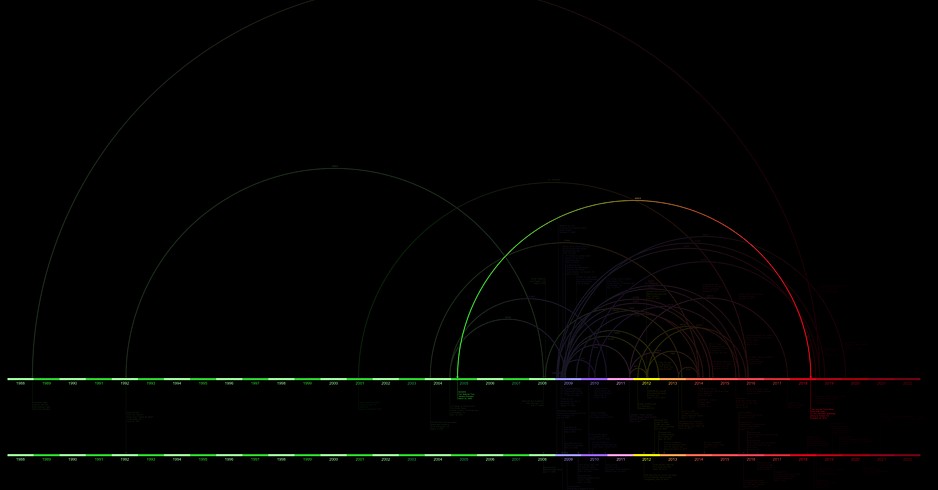 There is also a Universal Studios Hollywood Wicked Wednesday recording of the duet with Julie Reiber from summer 2007:

Adam: And then “Wicked” happened right after the Zodiac show. Toward the end of our run on “Ten Commandments,’ there was an audition for the first national company and the casting director had heard of me because of the reviews for “Ten Commandments.” That really set me up for that. I don’t think I would have gotten hired if it hadn’t been for that. I was hired as an understudy for Fiyero on the national tour and we rehearsed in New York and that was a blast. It was a great moment for me because I felt like I’d finally arrived. Even though it was the tour, it was a Broadway production. It was the highest caliber thing that I had been a part of. “Ten Commandments” wanted to be that and had all this money behind it, but it was a disaster. So this was a successful hit show that I was now a part of and it felt validating to get that job.

Fred Bronson: You were in the ensemble, so you were on stage every night, even if you didn’t go on as Fiyero.

Adam: Oh, yeah. I was an onstage cover. And we rehearsed it in Toronto for about a month before we opened and we ran there for about 2½ months. So I spent time in Toronto and then we went to Chicago. Spent a couple of months there and then here in L.A. a couple months and then San Francisco. [...]

Fred Bronson: How often did you get to play Fiyero?

Adam: I went on as Fiyero a couple times and it was really fun. I thought I did well, but it was only a couple times. The guy hardly ever missed. So I dropped out. I thought, “I want to be a rock star.” During “Ten Commandments,” I had a friend who encouraged me to play around with Garage Band and come up with my own stuff, so it all happened at once. I started messing around with the idea of recording. I got really interested in that while I was on the road with “Wicked.”

Adam: I heard they were rehiring for the Los Angeles company of “Wicked,” and it had been about a year since I had been out of the touring company. They were going to form a new company and I thought, “I don’t know why I left. That was so stupid. I need to get that job.” And so I begged. They said, “Why did you leave? We don’t know if you’re just going to leave again. It’s a liability for us.” I told them, “No, no, no. I was stupid. I was lonely on tour. I wasn’t satisfied and had outside opportunities. I really want to be in a sit-down company and then I can work on all my outside stuff and still work on the show,” and they said fine. So I came back and I opened the L.A. company of “Wicked.”

Fred Bronson: For the same actor?

Adam: This was a different guy. He was out a little more often, so I got to go on more, during the almost two years we were open here.

WICKED -
From An Ensemble Member To A Special Guest Star

Adam was a member of the ensemble and Fiyero understudy in the First National Tour production of the musical WICKED. The tour premiered in Toronto on March 25, 2005.

Adam also performed with the Los Angeles company of WICKED in the same position for two years until the American Idol auditions.

A low quality video recording of one of his performances in the role of Fiyero was captured in 2008 by an audience member and was available on YouTube. However it was later removed, and only a small snippet of it is available now:

On October 16, 2018, 4953 days after the premiere in Toronto, Adam performed "As Long As You're Mine" in duet with Ledisi at "A Very Wicked Halloween" at the Marquis Theatre in New York City, NY. He was the only male performer in a sea of former Elphabas and G(a)lindas.

A recording of the show was broadcast by NBC on October 29, 2018, 4966 days after the First National Tour's premiere.